Welcome to Book-to-Screen where I recap any book adaptions I watched during the month and give you a little preview of what is to come in the next few months.

I hope you find something that catches your eye to read, then enjoy watching it come to life on the big screen!

I am continuously adding new book adaptations to my master list and the following movies came to my attention this month. They are in various stages of development and have no release date.

Coming To A Theater Near You… 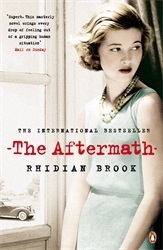 Hamburg, 1946. Thousands remain displaced in what is now the British Occupied Zone. Charged with overseeing the rebuilding of this devastated city and the de-Nazification of its defeated people, Colonel Lewis Morgan is requisitioned a fine house on the banks of the Elbe, where he will be joined by his grieving wife, Rachael, and only remaining son, Edmund.

But rather than force its owners, a German widower and his traumatized daughter, to leave their home, Lewis insists that the two families live together. In this charged and claustrophobic atmosphere all must confront their true selves as enmity and grief give way to passion and betrayal. 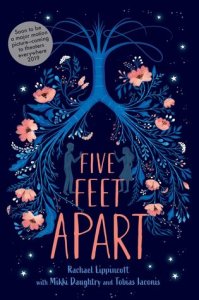 Stella Grant likes to be in control—even though her totally out of control lungs have sent her in and out of the hospital most of her life. At this point, what Stella needs to control most is keeping herself away from anyone or anything that might pass along an infection and jeopardize the possibility of a lung transplant. Six feet apart. No exceptions.

The only thing Will Newman wants to be in control of is getting out of this hospital. He couldn’t care less about his treatments, or a fancy new clinical drug trial. Soon, he’ll turn eighteen and then he’ll be able to unplug all these machines and actually go see the world, not just its hospitals.

Will’s exactly what Stella needs to stay away from. If he so much as breathes on Stella she could lose her spot on the transplant list. Either one of them could die. The only way to stay alive is to stay apart. But suddenly six feet doesn’t feel like safety. It feels like punishment.

What if they could steal back just a little bit of the space their broken lungs have stolen from them? Would five feet apart really be so dangerous if it stops their hearts from breaking too? 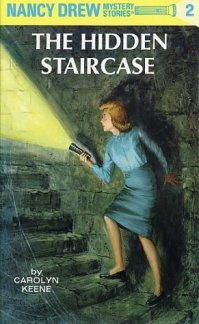 After receiving a call from her friend Helen Corning, Nancy agrees to help solve a baffling mystery. Helen’s Aunt Rosemary has been living with her mother at the old family mansion, and they have noticed many strange things. They have heard music, thumps, and creaking noises at night, and seen eerie shadows on the walls. Could the house be haunted?

Just as soon as she hangs up the phone, a strange man visits Nancy’s house to warn her and her father that they are in danger because of a case he is working on buying property for a railroad company. This warning leads Nancy and her father Carson to search for the missing Willie Wharton, a landowner, who can prove he signed away his land to the railroad and save the railroad from a lawsuit. Will Nancy be able to find the missing landowner and discover how these mysteries are related? 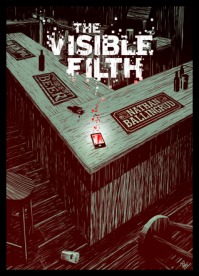 Wounds
Based On: The Visible Filth by Nathan Ballingrud

When Will discovers a cell phone after a violent brawl his life descends into a nightmare.

Affable, charismatic and a little shallow, he’s been skating across the surface of life in a state of carefully maintained contentment. He decides to keep the cell phone just until the owner returns and everything changes. Then the messages begin.

Will’s discovered something unspeakable and it’s crawling slowly into the light. 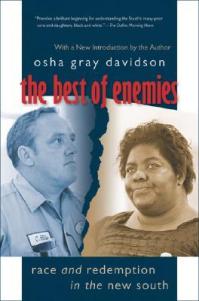 C. P. Ellis grew up in the poor white section of Durham, North Carolina, and as a young man joined the Ku Klux Klan. Ann Atwater, a single mother from the poor black part of town, quit her job as a household domestic to join the civil rights fight. During the 1960s, as the country struggled with the explosive issue of race, Atwater and Ellis met on opposite sides of the public school integration issue. Their encounters were charged with hatred and suspicion. In an amazing set of transformations, however, each of them came to see how the other had been exploited by the South’s rigid power structure, and they forged a friendship that flourished against a backdrop of unrelenting bigotry. 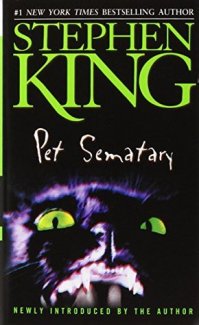 Sometimes dead is better….When the Creeds move into a beautiful old house in rural Maine, it all seems too good to be true: physician father, beautiful wife, charming little daughter, adorable infant son — and now an idyllic home. As a family, they’ve got it all…right down to the friendly cat. But the nearby woods hide a blood-chilling truth — more terrifying than death itself…and hideously more powerful. 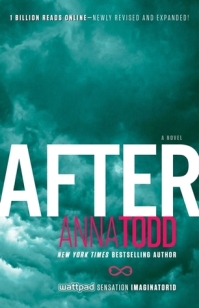 After
Based On: After by Anna Todd

Tessa is a good girl with a sweet, reliable boyfriend back home. She’s got direction, ambition, and a mother who’s intent on keeping her that way.

But she’s barely moved into her freshman dorm when she runs into Hardin. With his tousled brown hair, cocky British accent, tattoos, and lip ring, Hardin is cute and different from what she’s used to.

But he’s also rude—to the point of cruelty, even. For all his attitude, Tessa should hate Hardin. And she does—until she finds herself alone with him in his room. Something about his dark mood grabs her, and when they kiss it ignites within her a passion she’s never known before.

He’ll call her beautiful, then insist he isn’t the one for her and disappear again and again. Despite the reckless way he treats her, Tessa is compelled to dig deeper and find the real Hardin beneath all his lies. He pushes her away again and again, yet every time she pushes back, he only pulls her in deeper.

Tessa already has the perfect boyfriend. So why is she trying so hard to overcome her own hurt pride and Hardin’s prejudice about nice girls like her? 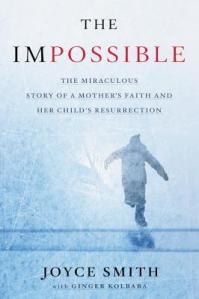 Breakthrough
Based On: The Impossible: The Miraculous Story of a Mother’s Faith and Her Child’s Resurrection by Joyce Smith and Ginger Kolbaba

Through the years and the struggles, when life seemed more about hurt and loss than hope and mercy, God was positioning the Smiths for something extraordinary – the death and resurrection of their son.

When Joyce Smith’s 14-year-old son John fell through an icy Missouri lake one winter morning, she and her family had seemingly lost everything. At the hospital, John lay lifeless for more than 60 minutes. They asked themselves, How could God do this to us? But Joyce was not ready to give up on her son. She mustered all her faith and strength and cried out to God in a loud voice to save her son.

In the coming days, her son would defy every expert, every case history, and every scientific prediction. Sixteen days after falling through the ice and being clinically dead for an hour, John Smith walked out of the hospital under his own power, completely healed. 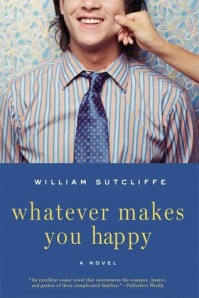 Otherhood
Based On: Whatever Makes You Happy by William Sutcliffe

Three suburban moms who have long been friends decide to show up unannounced at the homes of their thirty-something layabout sons. Their goal: to swoop in and set things right. The result: a hilarious mix that will resonate with mothers who can’t turn a blind eye and their adult sons who can’t quite get it together. 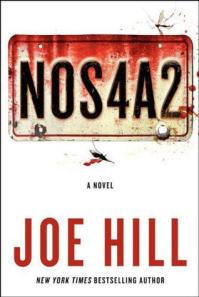 Victoria McQueen has a secret gift for finding things: a misplaced bracelet, a missing photograph, answers to unanswerable questions. On her Raleigh Tuff Burner bike, she makes her way to a rickety covered bridge that, within moments, takes her wherever she needs to go, whether it’s across Massachusetts or across the country.

Charles Talent Manx has a way with children. He likes to take them for rides in his 1938 Rolls-Royce Wraith with the NOS4A2 vanity plate. With his old car, he can slip right out of the everyday world, and onto the hidden roads that transport them to an astonishing – and terrifying – playground of amusements he calls “Christmasland.”

Then, one day, Vic goes looking for trouble—and finds Manx. That was a lifetime ago. Now Vic, the only kid to ever escape Manx’s unmitigated evil, is all grown up and desperate to forget. But Charlie Manx never stopped thinking about Victoria McQueen. He’s on the road again and he’s picked up a new passenger: Vic’s own son. 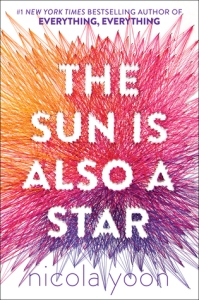 Natasha: I’m a girl who believes in science and facts. Not fate. Not destiny. Or dreams that will never come true. I’m definitely not the kind of girl who meets a cute boy on a crowded New York City street and falls in love with him. Not when my family is twelve hours away from being deported to Jamaica. Falling in love with him won’t be my story.

Daniel: I’ve always been the good son, the good student, living up to my parents’ high expectations. Never the poet. Or the dreamer. But when I see her, I forget about all that. Something about Natasha makes me think that fate has something much more extraordinary in store—for both of us.

The Universe: Every moment in our lives has brought us to this single moment. A million futures lie before us. Which one will come true? 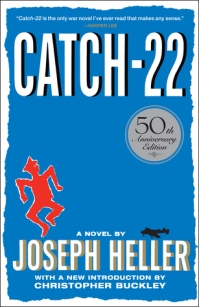 Catch-22
Based On: Catch-22 by Joseph Heller

Set in Italy during World War II, this is the story of the incomparable, malingering bombardier, Yossarian, a hero who is furious because thousands of people he has never met are trying to kill him. But his real problem is not the enemy—it is his own army, which keeps increasing the number of missions the men must fly to complete their service. Yet if Yossarian makes any attempt to excuse himself from the perilous missions he’s assigned, he’ll be in violation of Catch-22, a hilariously sinister bureaucratic rule: a man is considered insane if he willingly continues to fly dangerous combat missions, but if he makes a formal request to be removed from duty, he is proven sane and therefore ineligible to be relieved. 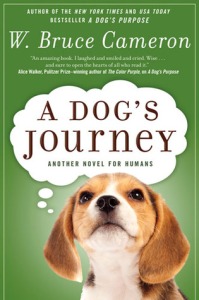 Buddy is a good dog.

After searching for his purpose through several eventful lives, Buddy is sure that he has found and fulfilled it. Yet as he watches curious baby Clarity get into dangerous mischief, he is certain that this little girl is very much in need of a dog of her own.

When Buddy is reborn, he realizes that he has a new destiny. He’s overjoyed when he is adopted by Clarity, now a vibrant but troubled teenager. When they are suddenly separated, Buddy despairs―who will take care of his girl? 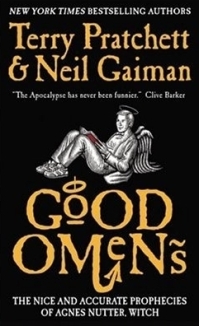 According to The Nice and Accurate Prophecies of Agnes Nutter, Witch (the world’s only completely accurate book of prophecies, written in 1655, before she exploded), the world will end on a Saturday. Next Saturday, in fact. Just before dinner.

So the armies of Good and Evil are amassing, Atlantis is rising, frogs are falling, tempers are flaring. Everything appears to be going according to Divine Plan. Except a somewhat fussy angel and a fast-living demon—both of whom have lived amongst Earth’s mortals since The Beginning and have grown rather fond of the lifestyle—are not actually looking forward to the coming Rapture.

And someone seems to have misplaced the Antichrist

**Please note that all of these are US release dates.

What are you looking forward to seeing?